This post will detail how to setup a private Maven repository in order to easily share Java, Scala, Clojure, and Android libraries with internal teams. Our example will use Jenkins CI to push an example library that will be used by an internal using Maven and an external team using Gradle.

As microservice architectures become increasingly prevalent in our industry, the number of internal libraries needed by applications to function properly has exploded. Without a proper Maven repository manager, hosting these internal libraries yourself is tedious at best (or practically insecure, at worst).

The example detailed in this post is designed to look familiar to most Java based organizations: A core frameworks team maintains a common library used by developers in two separate teams, both of them which using their own preferred build tool.

Easy to use Maven repositories, free.

Deploying to your private Maven Repository

We’re going to be deploying our example-framework library using Jenkins CI and our private Maven repository on packagecloud.io.

Before we begin, we need to make sure our Maven project is ready for use on Jenkins CI.

We need to add a custom Maven settings.xml file that instructs Maven to use an environment variable for the password for any repositories with the id of packagecloud-examplecorp.

Add your repository to your Maven project

In the <distributionManagement/> section of your pom.xml, we’ll need to tell Maven to deploy to our newly created private Maven repository, as demonstrated below.

Note that the id is set to packagecloud-examplecorp, which is what we used in our .jenkins.settings.xml file above.

Add the packagecloud plugin to your Maven project

Lastly, you’ll need to add the plugin that lets Maven natively deploy artifacts to packagecloud.io repositories. Note: this plugin is only needed to upload artifacts, no plugin is required for downloading artifacts. Any Maven-compatible build tool can use your private Maven repository.

Add the following to the <build/> section of your project pom.xml.

Now we are ready to set up our Jenkins CI job.

Setting up a Jenkins CI instance is out of the scope of this post, so we’ll assume you have access to one already.

In this section, we’ll be adding our API token to the credentials system in Jenkins CI, then creating a job that uses that API token as an environment variable to invoke the mvn deploy goal on our Maven project, using the .jenkins.settings.xml file we added above.

In order to authenticate Maven artifact uploads, Jenkins CI will need to know your packagecloud.io API token. An API token allows Jenkins CI to upload to any repository that user has access to. You can create as many “deploy tokens” or “write tokens” as you need by creating separate users on packagecloud.io and adding them as collaborators to the desired repositories. Their individual API tokens will be limited to upload only to those repositories.

Add your packagecloud.io API token to the “Global credentials” as a “Secret Text” item, as shown below.

To learn more about how Jenkins CI stores and uses credentials, refer to the Credentials Plugin page.

Our example job is a Free-form project that pulls down a Git repository and executes a single Maven goal when triggered. 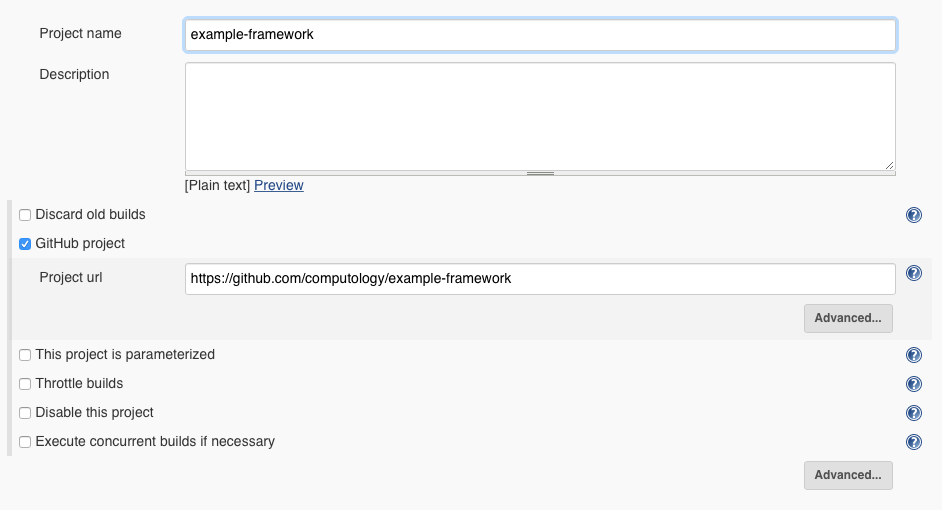 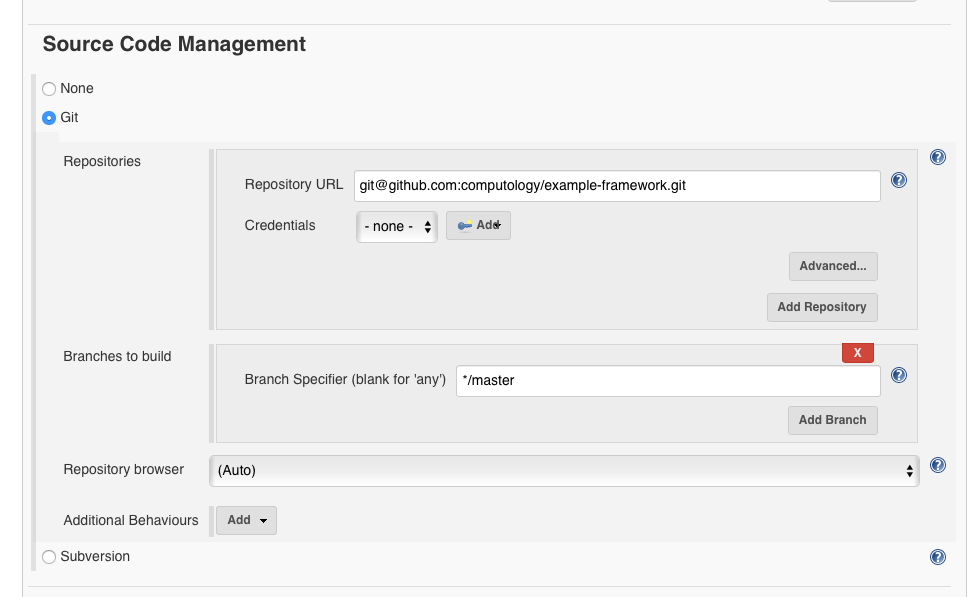 Under Build Environment, make sure that “Use secret text(s) or file(s)” is checked. 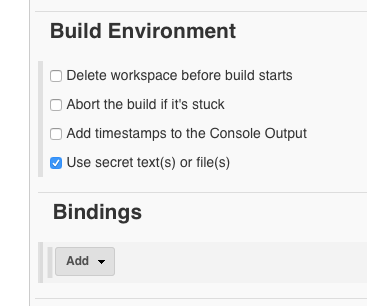 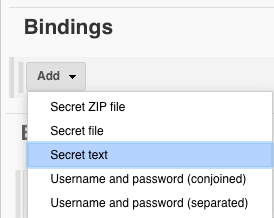 This is where we bind the packagecloud.io API token we stored above to the environment variable Maven is configured to use for authentication.

Set the variable name to match the one used in .jenkins.settings.xml and select your desired credentials from the dropdown.

Add an “Invoke top-level Maven targets” build step from the dropdown in the “Build” section. 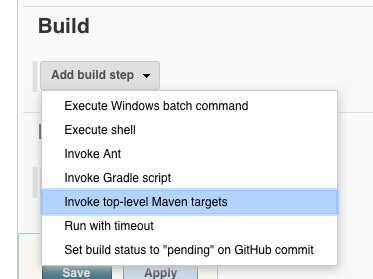 In our example-framework project, we are using a [SNAPSHOT version](https://github.com/computology/example-framework/blob/master/pom.xml#L7, so we can just run mvn deploy every time the job runs without having to worry about incrementing the version number.

When writing Maven goals in Jenkins CI, the mvn part is implied, so simply write deploy as the goal.

This is where we tell Jenkins CI to use the custom Maven settings file we added to our project at the beginning of this post. The path is relative to the project workspace, so we can just set this to .jenkins.settings.xml since it lives in the root of our project. Also, make sure that ‘Use private Maven repository’ is checked.

Normally, your Jenkins CI job would be triggered externally, either via a Github Pull request, or when new source code is added to the repository. But for our example, we’ll keep it simple and just trigger it manually by clicking “Build now” on the job page.

Once the job finishes, you should see your artifact on your packagecloud.io repository page. 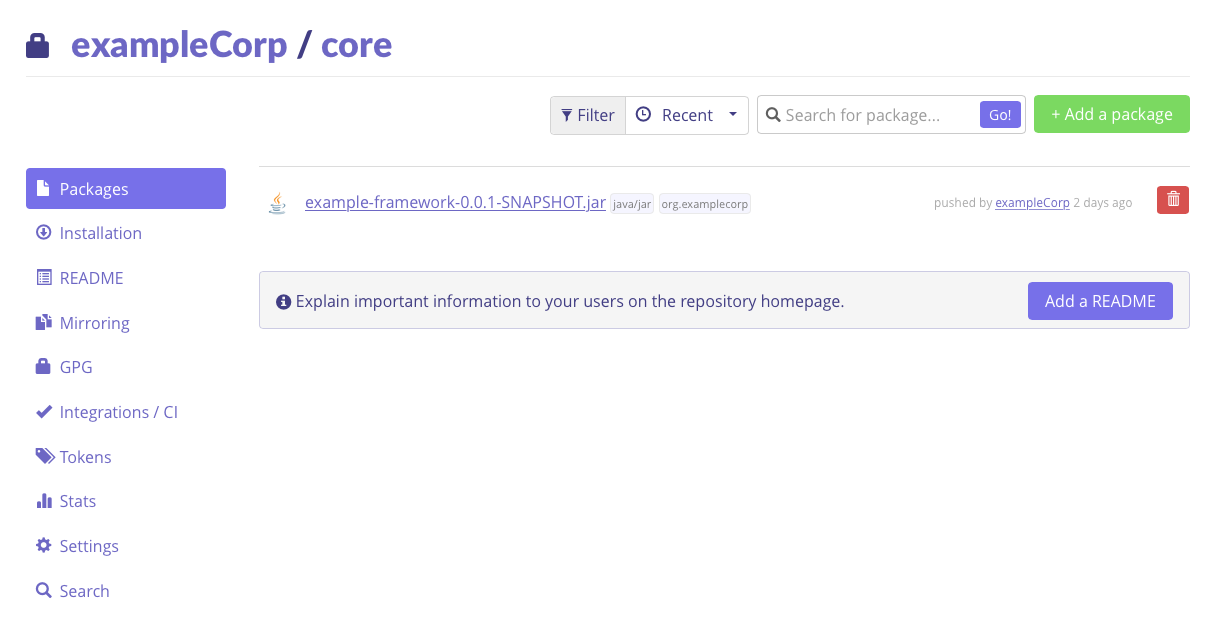 Now that our library is deployed to our private Maven repository, we’ll need to configure the Maven and Gradle projects to access it.

For our example, we’ll create two custom Master Tokens for both of our separate teams: internal-team and external-team.

Alternatively, you can create Read Tokens using the “Tokens” page on the packagecloud.io repository page.

For more details about our token system, refer to the Token Auth documentation.

Similar to our Jenkins CI Setup, we’re going to use an environment variable to hold our developer’s Read token. This can be accomplished any number of ways, either distributed to each developer individually, or set from LDAP via some automatic mechanism.

For our example, we’ll just set it manually inside of our ~/.bashrc file.

Similar to our .jenkins.settings.xml file, we’ll add this to the pom.xml of any project that wants to use our example-framework. This is using the PACKAGECLOUD_READ_TOKEN that was set above for authenticating against our private Maven repository.

Like Maven, we tell Gradle to use the PACKAGECLOUD_READ_TOKEN environment variable to authenticate against our private Maven repository.

Publishing and using libraries doesn’t have to be difficult or tedious. Having a private Maven repository manager that the whole team can easily use is crucial for increasing developer collaboration and reducing duplicated effort. With Gradle’s rich API and plugins as well as integration capabilities, you can easily achieve build automation.

If you want to achieve 10x Java performance improvement, check this article to teach you how to use strace.

Check this post to learn debugging SSL in Java using mitmproxy covering from configuration to implementation.